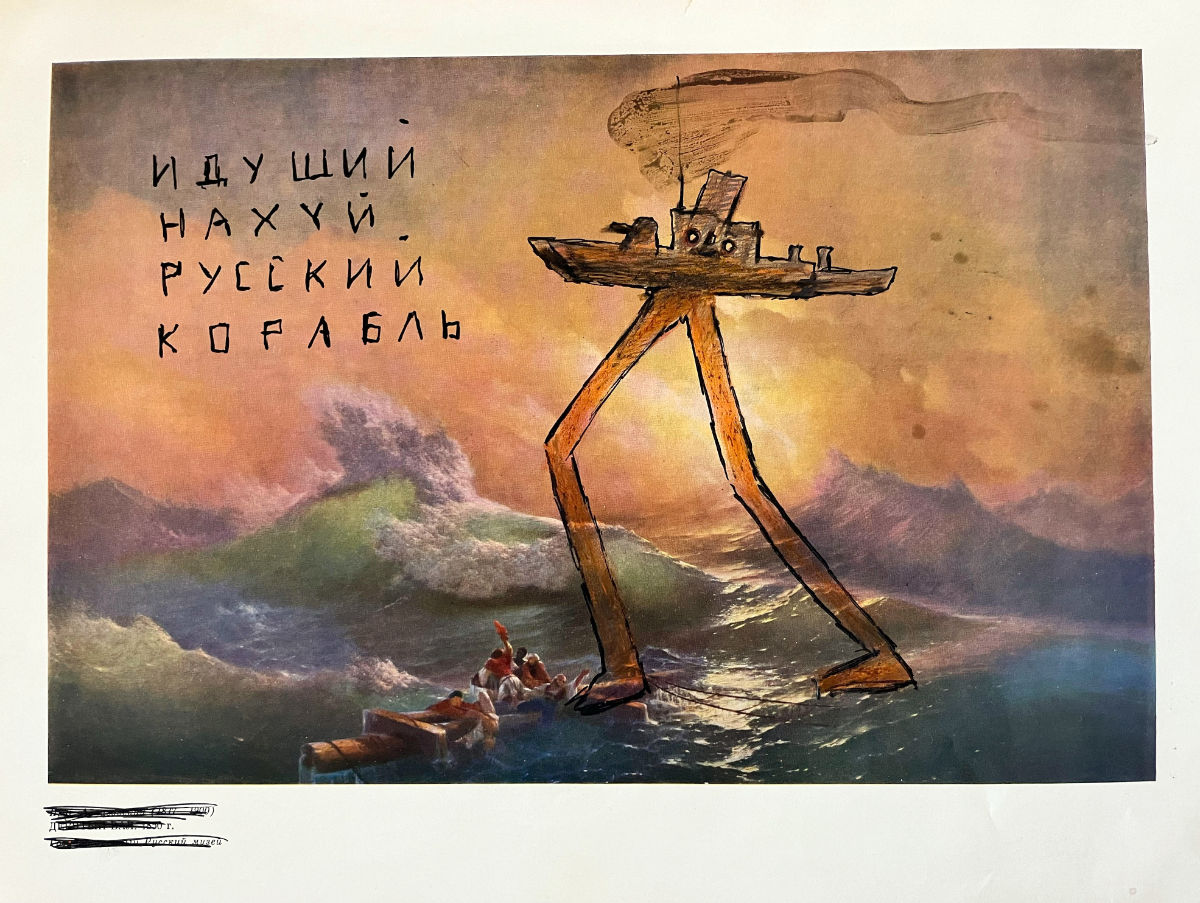 It is written in Russian (not Ukrainian – to ensure Russian’s understand) ‘Russian Warship – Go Fuck Yourself.’ Gusev reappropriates the painting Ninth Wave, 1850 Ivan Aivazovsky (note this link still refers to Aivazovsky as Russian, rather than Armenian Ukrainian). It is a depiction of a stormy sea with shipwrecked survivors clinging for their lives. The metaphor of the Christian cross of the debris of the make-shift raft is areference to the salvation from earthly sin. The Moskva guided missile cruiser was Russia’s flagship of navy power and it was believed to be indestructible (it sank). On 25 th February 2022, the Russian navy demanded thirteen Ukrainian border guards, who were stationed on Snake Island, to surrender. They responded to the Russian officer, ‘go fuck yourself.’