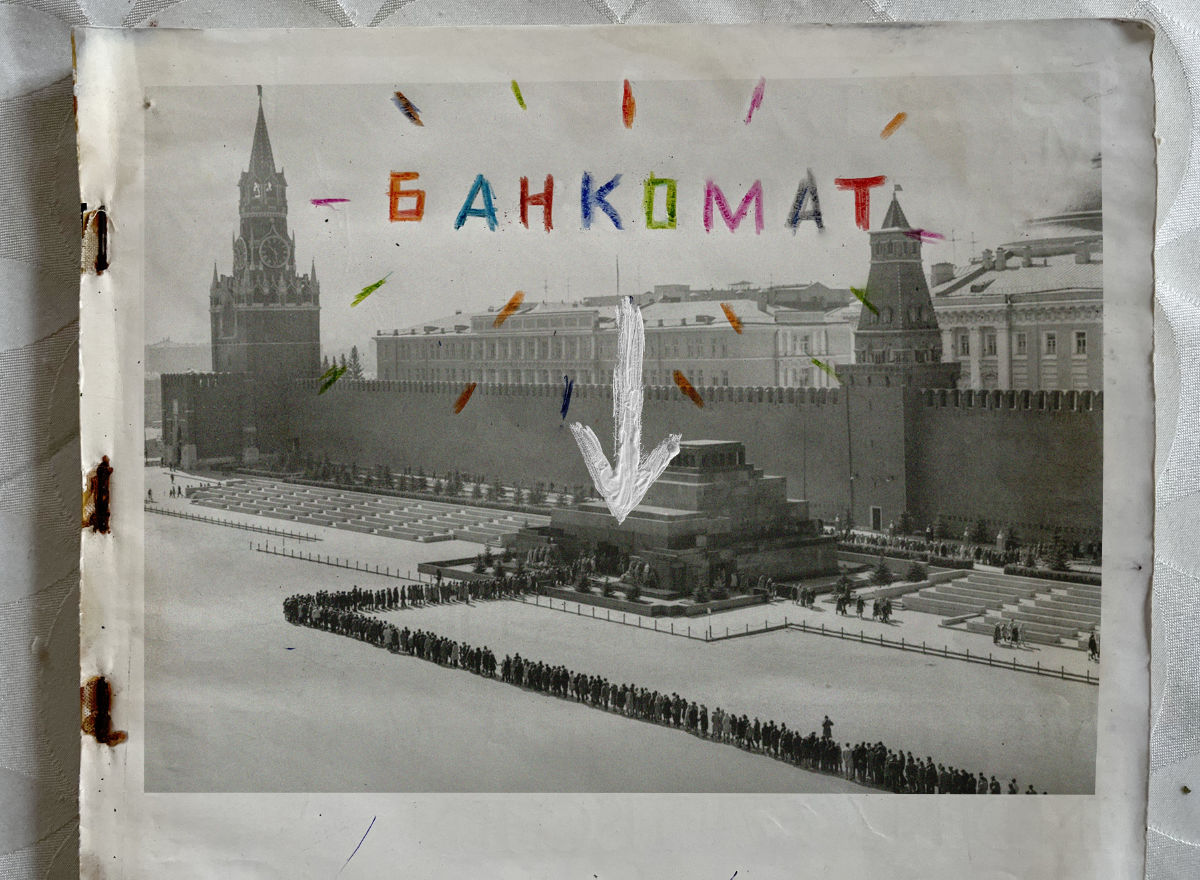 Gusev reacts to the events around him through his art; he is a war art journalist. Much of his works are repurposed prints of photographs or artwork. During the Soviet period, many artists learned about ‘masters of art’ through these reproductions.

Bankomat’s image of the Mausoleum of Lenin in the Kremlin is from a calendar that was produced every year in the Soviet Union. However, Gusev has played with the image of ‘queuing’ to see Lenin’s tomb with the idea of ‘queuing’ for the ATM (Bankomat in Ukrainian). This work of art challenges the viewer to question the source of money that supports the Russian economy to bankroll the war. Where does the money come from…it begins with ideology that is rooted in Leninism.

‘Art of the Immediate Response’ ‘From the Series of the World War III.’