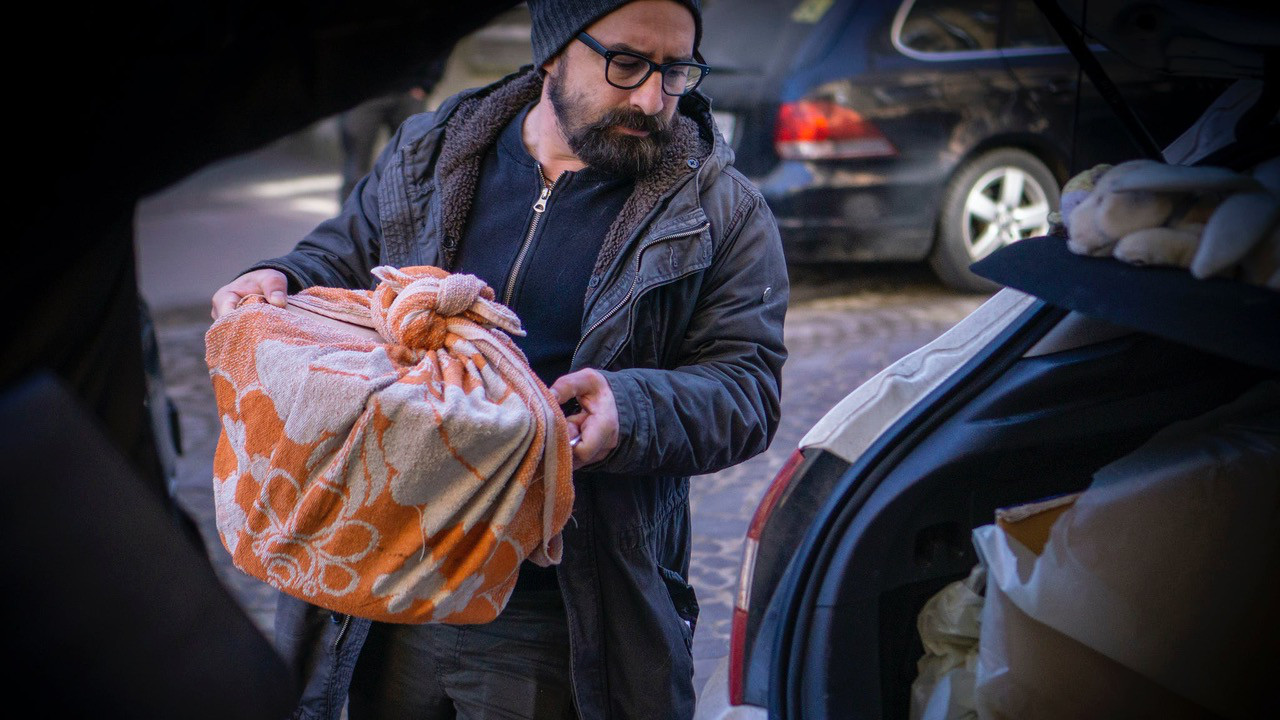 Text and photos by Volodya Vagner; you can read the original article in Swedish here.

Before Russia invaded Ukraine, Denis Pankratov shared an apartment with a friend. Now the apartment has become both a refugee shelter - and a volunteer group.

Denis Pankratov starts the day with coffee and a cigarette while a huge pot of porridge simmers on the stove. The porridge will soon be delivered to one of Lviv’s many refugee shelters. In the new reality into which Ukraine was plunged when Russia invaded almost four weeks ago, volunteering has become part of everyday life for many.

Before the war, Denis Pankratov worked as an organiser for a crane drivers’ union and shared a funky apartment with a friend. Now about ten people live here, most of them IDPs. They all participate in volunteer work.

—“Much of this spirit is a continuation of the self-organization we experienced during the Maidan revolution in 2014”, says Sergei Sabakar, a lecturer at the Ukrainian National Academy of Fine Arts who fled Kyiv.

As the porridge finishes cooking, Denis Pankratov sits at his computer. Sergei Sabakar is talking on the phone. There is a kind of chaotic order. Details are checked with other volunteer groups and the latest updates on the war are discussed. So far, Lviv hasn’t been hit by any major attacks, but the threat is palpable and the alarm goes off at least once a day.

Most of the time they are false alarms, but early Friday morning there was a missile attack on an aircraft factory on the outskirts of the city. The apartment’s kitchen windows have been taped to prevent the risk of glass shattering if one day there is a blast close enough to shatter the panes. 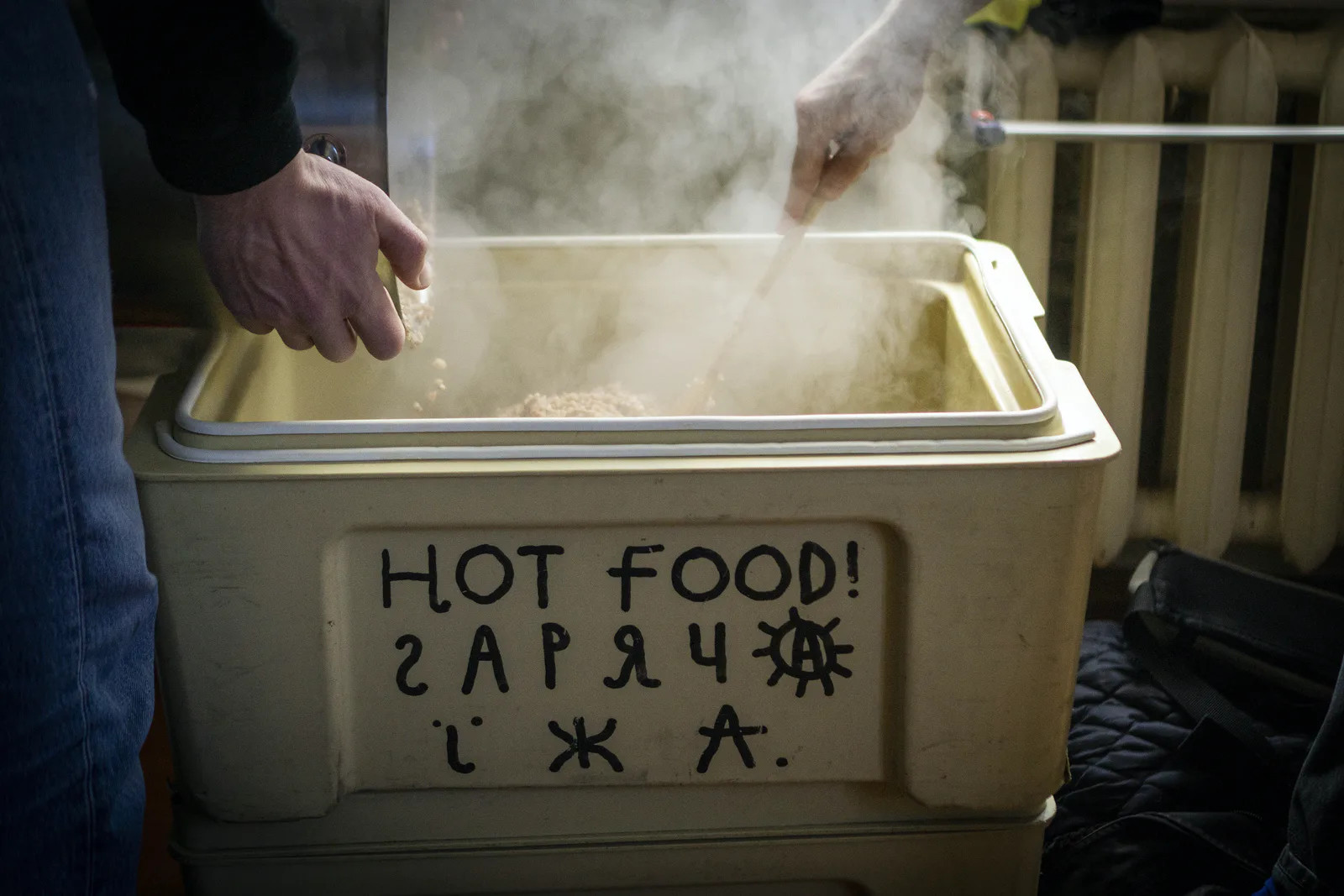 Sergei Sabakar wraps the porridge roll in a large towel, carries it down to the car and places it in the trunk. Behind the windshield is a yellow sign with “volunteers” written in blue capital letters.

The signs are common in Lviv traffic. The whole city is swarming with civilian vehicles carrying supplies here or refugees there. In many places, people have put up homemade posters marking that parking spaces are reserved for these volunteer vehicles.

The dormitory at Lviv University houses some 50 refugees

— “We used to serve food at the central station too, but now that the need there has diminished, we’re focusing on feeding this and another refugee hostel”, says Denis Pankratov, handing out porridge with a large ladle. Sergei Sabakar garnishes the portions with small pieces of kiwi and banana that he has chopped at home in the kitchen during the morning.

One by one, the refugees - elderly women and men, a younger woman with a few children in tow - accept the breakfast. With tired smiles, they mutter a djakuju or spasibo - thank you - in Ukrainian or Russian.

With empty pots, Sergei Sabakar drives on to the next volunteer collective, a few minutes up the hill. There he prepares lunch, which he will later transport to another refugee settlement.

Here, the kitchen is staffed by local activists who have lived in Lviv since before the invasion, such as Olya Marusin, a graphic designer in her former life.

— “Right now, we are arranging apartments where refugees who will be staying in Lviv for a longer period of time can find more permanent homes than the temporary collective housing. The idea is to help them integrate here in the city”, she says.

The volunteers have started to expand their assistance activities as the need for free food seems to be met for the time being.

— “We have also started to organise humanitarian transport of food and medicines to more troubled cities like Kharkiv. But who knows what will happen next, it’s hard to plan more than two days ahead”, says Ohja Marusyn.