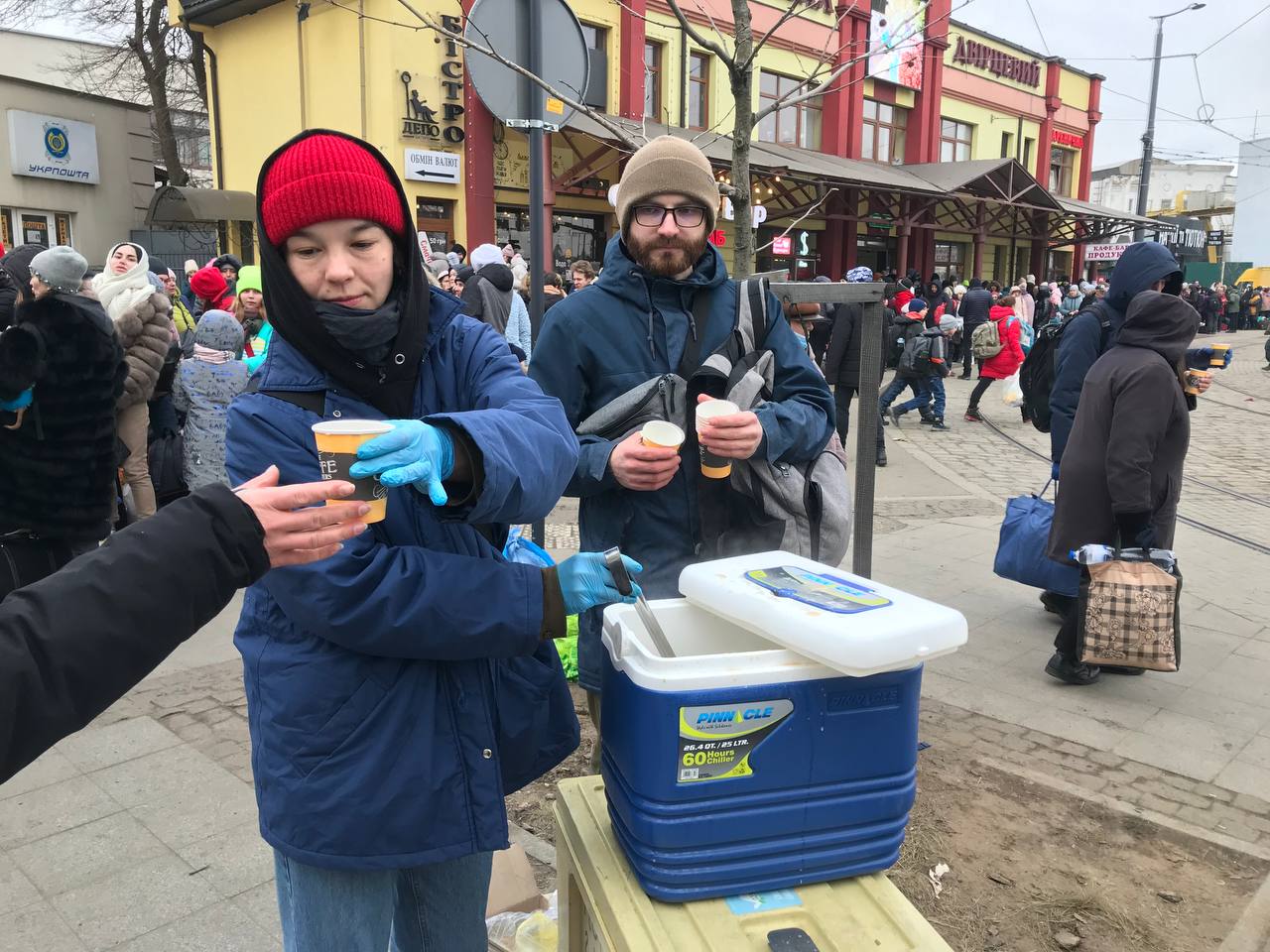 Thank you everyone 💙💛 who has donated and shared this call, from nearby and very far away, and as we keep watching the news with sadness and fear.

‘… [War] presents each and every one of us with heartbreaking, unsolvable moral dilemmas. Can you refuse to fight when your country is under attack and you risk losing it forever? Is it decent to remain a pacifist in the face of horror perpetrated against one’s own? For Olga, Yarik and their friends, these questions are more real than ever in the past week. The best response they have been able to come up with so far has been to meet every day to prepare hot vegetarian food, which they then distribute at a reception centre for displaced people and at the Lviv railway station, the transport hub between the areas they are fleeing and those they are taking refuge in. Lviv is still hundreds of kilometres away from Russian tanks and bombs. But no one at the moment, neither here nor elsewhere in Ukraine, can ignore the war. Everyone is fighting on their own inner front line, where ideals and survival instincts clash. 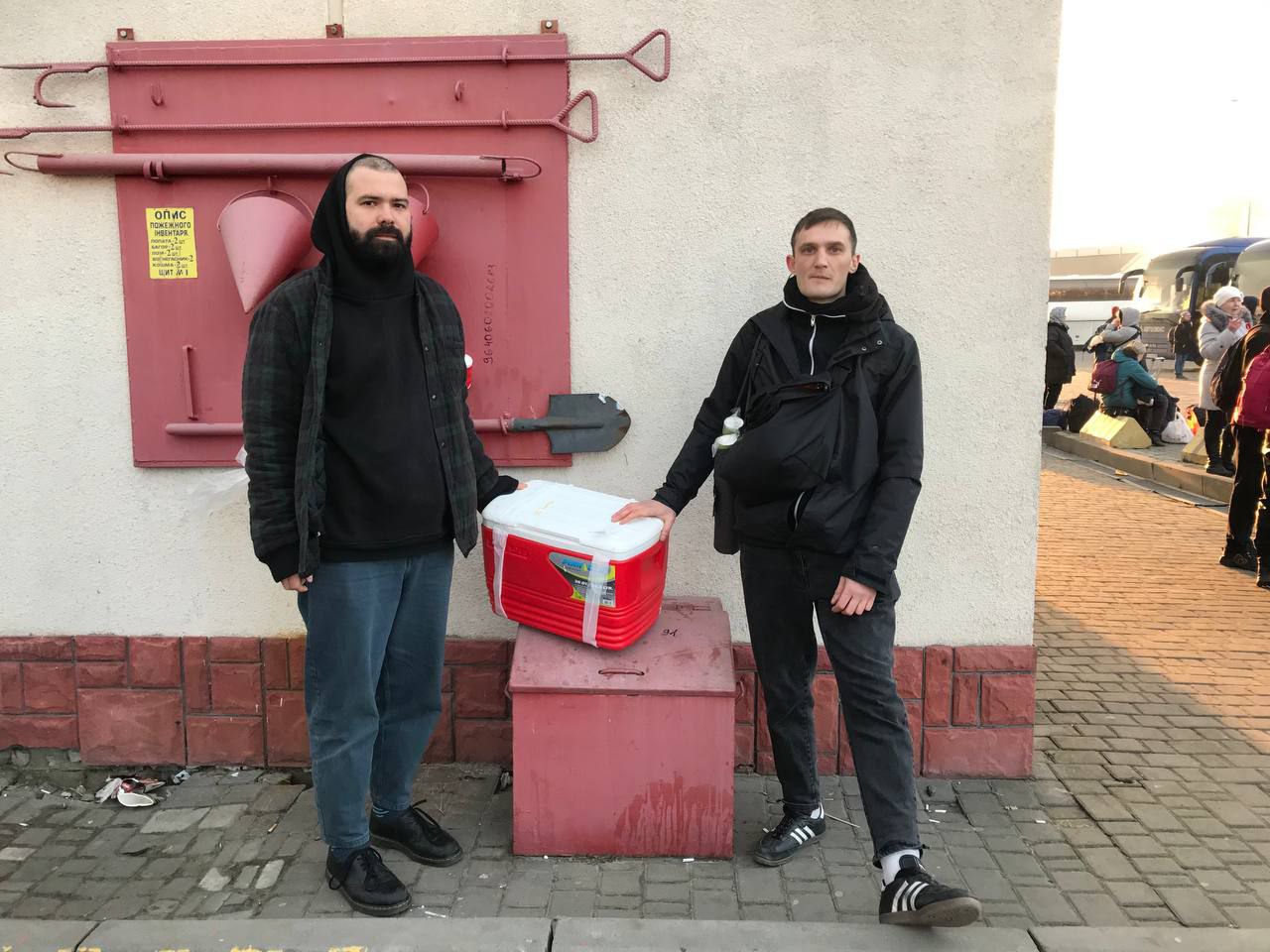 Olga Marusyn, 35, is a choreographer. Yaroslav “Yaryk” Futymskyi, 34, is a visual artist. Their friends are also mainly creators. All of them call themselves pacifists. Several, including Olga and Yarik, also claim to be anarchists. I meet them in the kitchen of an old, unaddressed house, built ages ago on the grounds of a school. The onions sting the eyes, the smell of soup makes you hungry. Yarik has long pondered the philosophical issues surrounding armed conflict. He reminds us that the war in Ukraine “hasn’t been going on for eight days, but for eight years.” 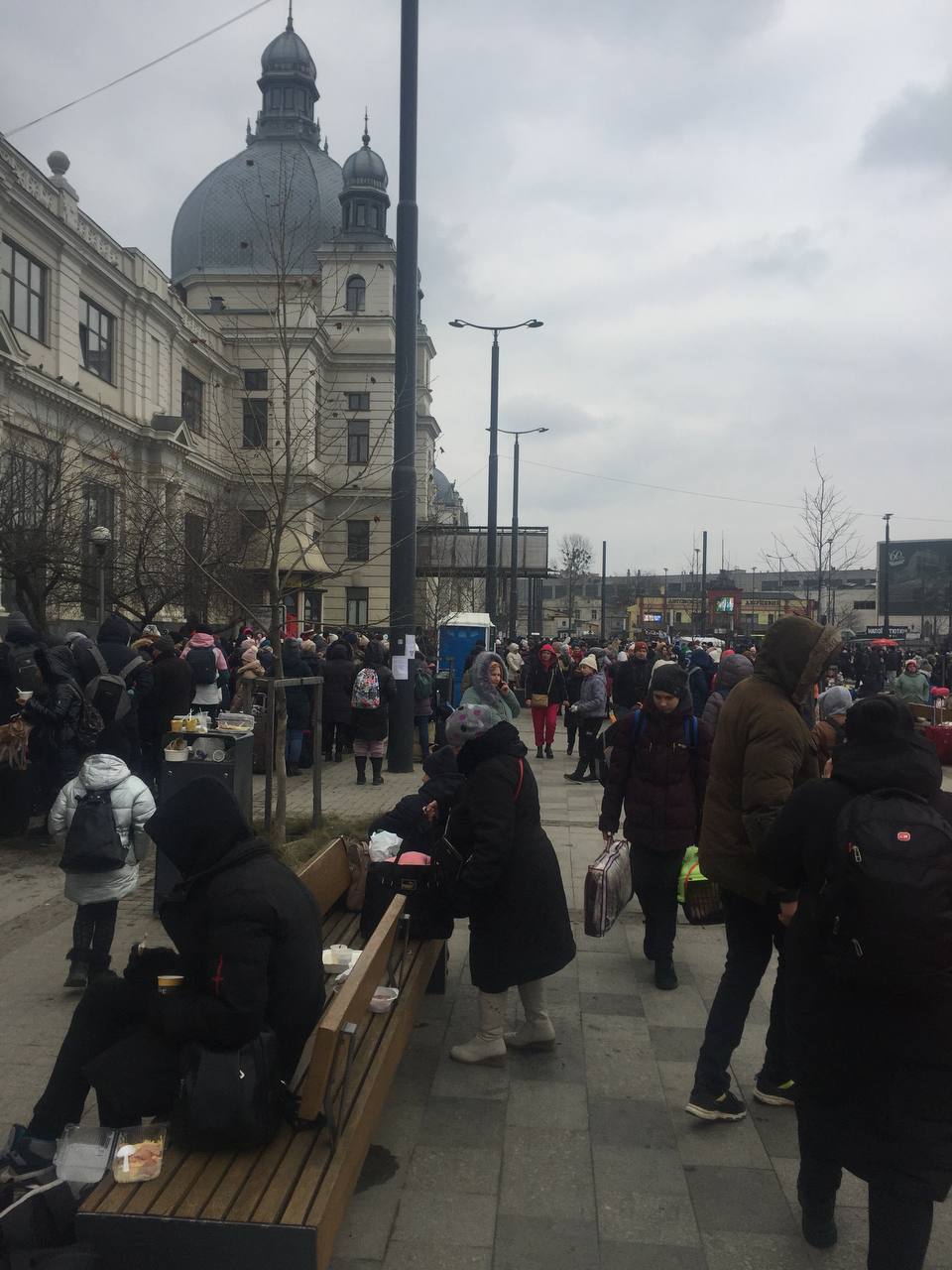 Extract from an interview with Kukhnia by Frédéric Lavoi, ‘Enemy is a new word for me’ in Le Soleil Numérique, 5.3.2022 Read the full article in French here.

Kukhnia now have seven home kitchens in Lviv, they support three shelters, a train station and a vegan restaurant that gives away free food. They are cooking dinners every day, hosting people. 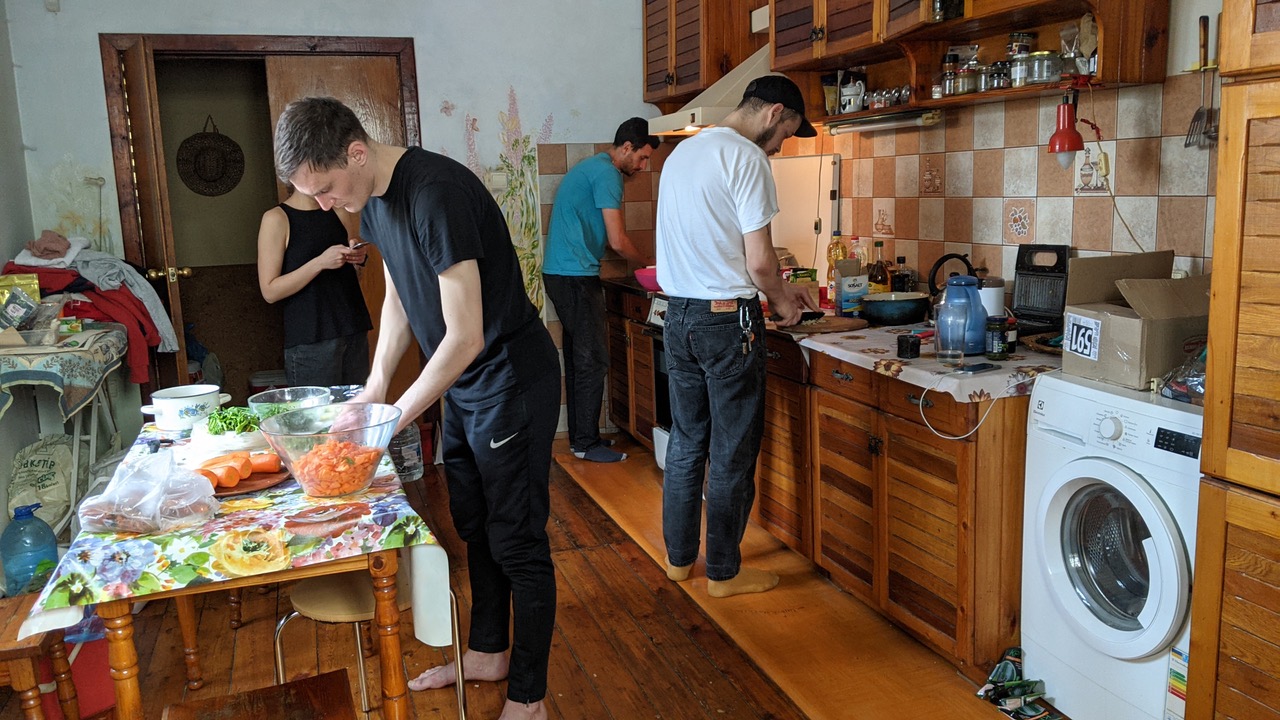